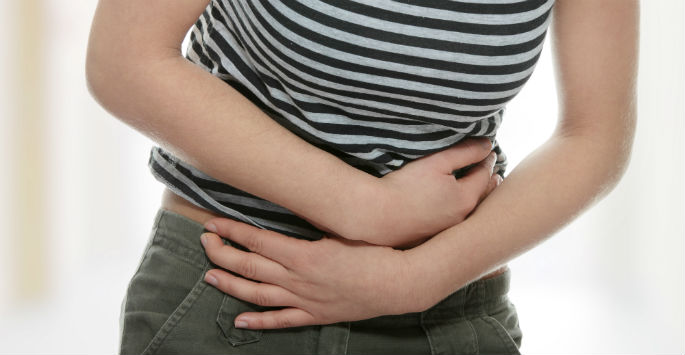 Endometriosis is a very painful condition that affects both women and girls. It happens when the kind of tissue that is normally found inside of the uterus develops on the outside of the uterus. This is called endometrial tissue. There are several common symptoms that are used to diagnose endometriosis and that continue through the duration of it.

The most common indicator that a woman or young girl might have endometriosis is the menstrual pain associated with it. This pain is far worse than the kind of pain commonly experienced by females during menstruation cycles. To make matters worse, the pain often arrives before the period even starts. It continues through the duration of the period and can include pain in the abdomen, lower back and pelvis.

The pain that is caused in these areas is due to the endometrial tissue on the outside of the uterus. During the time of the month during menstruation, this tissue bleeds. This causes inflammation and eventual scarring in the reproductive organs in the surrounding areas of the female body.

Along with the pain before and during menstruation, abnormally heavy bleeding can occur. This is because of the normal levels of menstrual bleeding coupled with the abnormal bleeding coming from the endometrial tissue.

The effects of this condition can interrupt the proper functioning of the uterus when it comes to attempting to conceive. In fact, most diagnoses of endometriosis occur after women show up at their doctor’s office to complain about problems conceiving. When a couple of tests are done, endometriosis is many times the cause of it.

Since endometriosis involves the female sex organs, complaints of painful sexual intercourse are common. This pain is not only present during intercourse, but afterwards as well because the inflamed and often bleeding tissue is aggravated due to the friction associated with sexual activity.

The growth of the endometrial tissue can reach areas close to and including the bowels and bladder as well. Since these organs are quite close to the female reproductive organs, this is understandable. Painful bowel movements and painful urination are significant problems for endometriosis sufferers, especially during menstruation.

How Can It Be Treated?

It’s imperative to see Dr. Sherry Thomas as soon as possible if you experience any of these symptoms. Although it could be endometriosis, it might also be irritable bowel syndrome (IBS) that might be causing the painful discomfort. Much of the pain that is associated with endometriosis can be likened to the kind that is felt during an IBS episode. Dr. Sherry Thomas’s medical facility is located in Agoura Hills. Contact her office today to schedule your appointment.